Elaine has successfully managed the  CDDA research projects in varying scale and complexities over a number of years.  She has project management skills developed in different environments, these include assessing project plans, developing implementation strategies, monitoring of key stage developments and adapting workflow to changing circumstances.  She has considerable skills...

Director of the Centre for Data Digitisation and Analysis (CDDA)

Senior IT Technician, Centre for Data Digitisation and Analysis (CDDA)

Chris is Director of the Longitudinal Studies Centre Scotland. He is also Principal-Investigator on the CALLS Hub and Director of the Administrative Data Liaison Service.

Lee works as a Senior Research Fellow at the Longitudinal Studies Centre - Scotland, part of the Research Institute of Geography and The Lived Environment in School of GeoSciences at the University of Edinburgh. Lee obtained a PhD on “Population projections by small areas and ethnic groups – developing strategies for demographic rate estimation” at the University of Manchester. Her methodological interests include demographic methods and longitudinal techniques. Her research interests include demography, fertility behaviour; inequality, heath and mortality; birth parity; early life; historical demography; population projections.

Richard is a research fellow in the School of Informatics at the University of Edinburgh.  His work on the Digitising Scotland project concerns using natural language processing and machine learning techniques for the automatic coding of occupations and causes of death. Richard’s wider research is in extracting information from textual...

Elaine is based in the School of Informatics at the University of Edinburgh. Her recent work for Digitising Scotland has involved automated text classification of administrative data. This process uses machine learning methods to map occupation and cause-of-death records to international standard data coding schemes. Elaine is currently undertaking a... 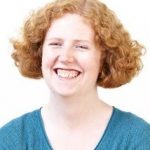 Dr. Beatrice Alex is Chancellor’s Fellow and Turing Fellow at the Edinburgh Futures Institute, the School of Literatures, Languages and Cultures and the School of Informatics.  Alex leads the Edinburgh Language Technology Group, a cross-college research and development team working in the area of natural language engineering at the University... 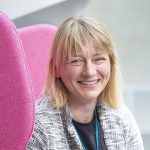 Beata is involved in the data linkage and data classification of the Digistising Scotland Project and is based in Edinburgh. Beata obtained an MSc in Quantitative Methods and Information Systems from the Warsaw School of Economics, Poland and a PhD in Demography from the University of Groningen, the Netherlands. Between...

Graham Kirby is a computer scientist based in St Andrews, with research interests in distributed systems, programming languages, autonomic management, distributed storage and peer-to-peer systems. He is now involved in the Digitising Scotland project, with particular interests in record linkage and automatic classification of attributes such as occupation and cause of death.

Alice is a Lecturer at the Cambridge Group for the History of Population and Social Structure, Geography Department, University of Cambridge.

Alan Dearle, BSc, PhD is Dean of the Faculty of Science. He is an experimental Computer Scientist whose primary research interests are in the confluence of programming languages, databases, middleware, distributed systems and operating systems. He is a double graduate of St Andrews University completing a Bachelors degree in 1983 and a PhD on Persistent Programming Environments in 1988 under the supervision of Professor Ron Morrison.

Eilidh graduated from St Andrews University before obtaining her doctorate at the University of Sheffield. She has had a long association with the Cambridge Group for the History of Social Structure, working on the historical demography of the British Isles in the Victorian and Edwardian eras.

Tom is a third-year Computer Science Ph.D. student at the University of St Andrews, under the supervision of Prof. Alan Dearle and Dr. Graham Kirby. His thesis focuses on the evaluation of Data Linkage methodology using statistically verifiable synthetic populations. Tom holds a BSc in Computer Science (also from St... 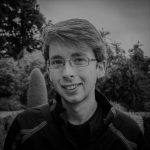 Zengyi is a senior database developer for the SLS and the database manager for Digitising Scotland project (DS). He has been working within the LSCS based at the National Records for Scotland (NRS) in Edinburgh since 2001. During the construction period of the SLS database he was responsible for the development of computer systems and operation procedure for coding and editing Census data, the creation of Census and SLS derived variables and the quality assurance of SLS dataset.